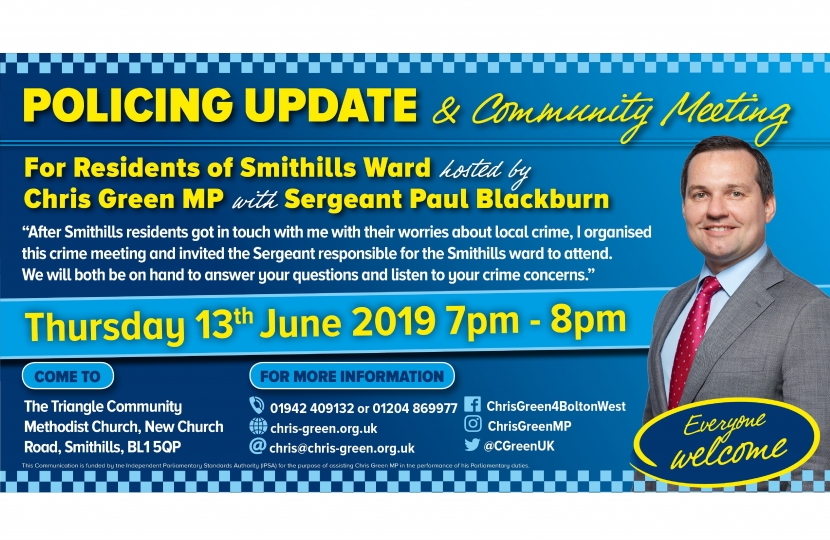 A public meeting dedicated to discussing crime in Smithills, organised by Chris Green MP, will be taking place this week after he received a rise in constituent complaints about crime.

Joining the MP at the public meeting will be the new Sergeant responsible for the Smithills ward, Paul Blackburn.

During the event, Smithills residents will be encouraged to share their concerns about local crime and raise any questions they have about the matter.

Speaking about the event, Mr Green said: “Earlier this year a number of residents got in touch with me to raise their concerns about local crime and the police response they received.

“Although I am pleased that the government announced a £34.7million increase in funding for Greater Manchester Police, it is now essential that this money is directed into delivering the right police resources for the local area.

“This is why I organised this public meeting for Smithills residents and invited the new Sergeant, Paul Blackburn to attend, so that we can ensure that our area gets the resources it needs to prevent local crime from rising.”

Mr Green has also previously written to the Police and Crime Commissioner, Mayor of Greater Manchester, Andy Burnham, urging him to ensure his constituency receives its fair share of policing resources following the increase in funding for GMP.