Plan B, ID Cards and Plan C in the New Year 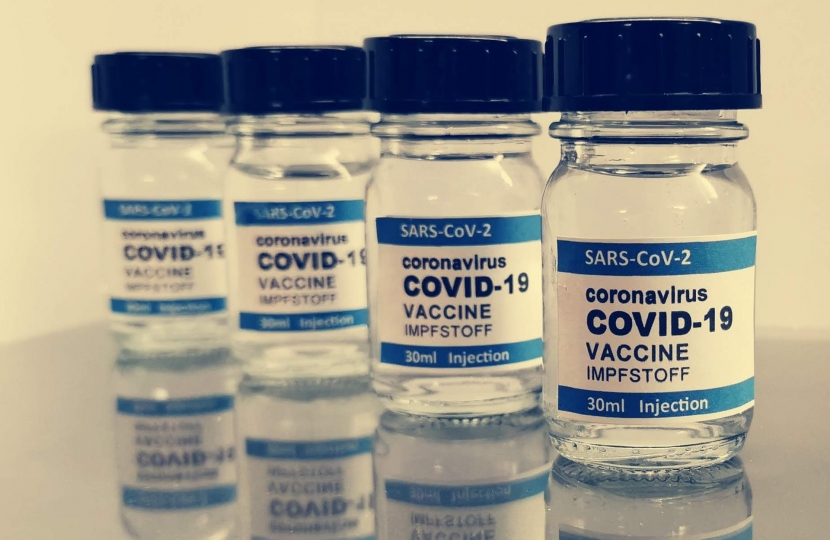 From the Deputy Prime Minister’s BBC Today programme interview, there was no expectation that the transmission, hospitalisation, or death from Covid-19 in general or Omicron in specific was getting out of hand.  Furthermore, Dominic Raab, was clear in highlighting and backing Government policy that the remarkable vaccination rollout means “we don’t think Plan B is required. Why, because of the success of the vaccine programme” and that we are in a “fundamentally different position due to the high vaccine rollout” when compared to the beginning of the pandemic.

That somewhat tetchy interview with Nick Robinson gave me reassurance that things were not spiralling out of control, either in the sense of the disease or of Government lockdown actions.

The next morning, it was clear that something had gone terribly wrong.  Parliament was witnessing a bizarre spectacle of a tussle between the Speaker and the Prime Minister.  The PM wanted to make a big statement to the Nation, which was speculated to be on the imposition of Plan B, and the Speaker wanted it to be delivered to the House of Commons first.  It was as maddening as it was confused and was not the sort of decision making derived from the calm deliberation of scientists.

MPs were spectators to rumours of momentous decisions being made by the party animals in No.10 Downing Street.  Decisions that were not even on the radar of the Deputy Prime Minister the morning before.

With the national focus, phenomenal advances in medical and scientific understanding and the surveillance programme, I do not believe that compelling scientific evidence on the epidemiology of Covid-19 can now so suddenly emerge.

We were halfway through Plan A when Plan B was announced.  Plan A was to introduce a limited range of restriction, such as stopping flights to destinations in southern Africa and to increase the level of mask wearing which was intended to reduce transmission and give scientists the time to assess the Omicron threat, considering our demographics and vaccine take up.

PMQs was a grim affair which left me wondering how much more toxic substance and speculation was left to be drip fed into our political life.  When Labour MPs are popping up to reveal that there was a whole series of parties held in Downing street, then we can be sure that there is plenty more to come.

When the Speaker compelled the Health Secretary to make a statement to the Commons, he was met with derision and delight.  Unfortunately for him, the hostility was from his own side and there was barely any respite.

One of the most telling interventions was from the Chairman of the Science and Technology Select Committee.  Greg Clark MP asked “A week ago, the Secretary of State assured me from the Dispatch Box that he would not trigger further restrictions based on a rise in infections which was predicted and, in fact, was always inevitable. He said that “what matters more than anything is hospitalisations.” That data is not available yet, so why has the Secretary of State reversed his position and jumped the gun in this way?”

Sajid Javid’s response was not nearly convincing enough for me to shift away from agreeing that Plan B was a diversionary tactic as suggested by William Wragg MP during PMQs.  The Health Secretary’s whole statement was suffused with speculation based on theoretical projections.

It is an extraordinary thing to know that Plan B comes with vaccine pass ID cards which ignores a driver behind the Government’s current position which is that this variant escapes the vaccines.

The former Vaccines Minister declared that vaccine passes were a great ethical concern and that they are discriminatory and completely wrong.  The current Health Secretary says that it would be wrong for the UK to have a compulsory vaccination scheme, but he voted to impose it on carers and is planning the vote for it to be imposed on the NHS this Tuesday.  It will be the police and military next.

Perhaps, when thinking about how Plan B vaccine ID passes can help save life, it would have been useful if Sajid Javid had stated which country had inspired him most.  He did not because vax passes do not work but we are getting them anyway.

A little over a year ago, I resigned from my position as a Parliamentary Private Secretary and sent my resignation letter to the Prime Minister.  In it, I asserted that the vaccines programme will not be the way out and that the Government would soon begin their next phase of control.

The Prime Minister tells us the first and second vaccines are of minimal value until we get our third and he gets the debate going on a full national vaccine mandate as we are half-way through Plan A, just as we see Plan B being imposed and there are leaks about a possible Plan C in the New Year.

When the global death toll from Omicron is still thought to be zero, the actions of the Government are not consistent with a belief in the value of the vaccines programme but are consistent with a global zero-covid policy.  “We are not all safe until everyone is safe” is the mantra.

This article was originally published in The Critic: https://thecritic.co.uk/pm-covid-plan-stupid/