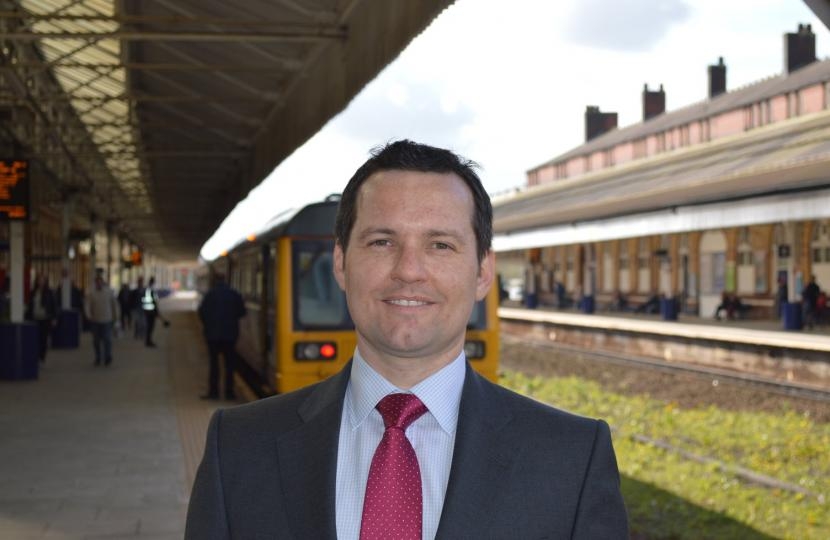 Chris Green MP has welcomed the government’s commitment to expanding the tram network across Greater Manchester, to include Bolton and to Atherton.

This comes following the announcement that the Transport Secretary Chris Grayling will be working alongside Transport for Greater Manchester to explore a range of proposals for extension.

The proposals include extending the tram links to Bolton and also on the Atherton line between Manchester and Wigan in order to ease the current capacity problems of local rail networks.

In response to the announcement, Mr Green said: “The government has already committed millions to the re-electrification of our local lines but further plans to extend the Metrolink is welcome news.

“Proposals to extend the tram network to include towns like Bolton and Atherton will alleviate pressures off our local roads, whilst also providing a reliable mode of public transport for local people.”

Chris Grayling MP said: “Metrolink has been transformative for Greater Manchester and I want to see the network expand.

“A Greater Manchester tram-train also has the potential to seamlessly integrate our existing rail and tram tracks and services.

“We will work closely to explore proposals which would see Transport for Greater Manchester running more services, underlining our belief in greater local control.”

One concern that I share with the hon. Member for Birmingham, Selly Oak (Steve McCabe) is about the certainty and clarity of the tiering system and what can be seen as a slightly erratic aspect of that.