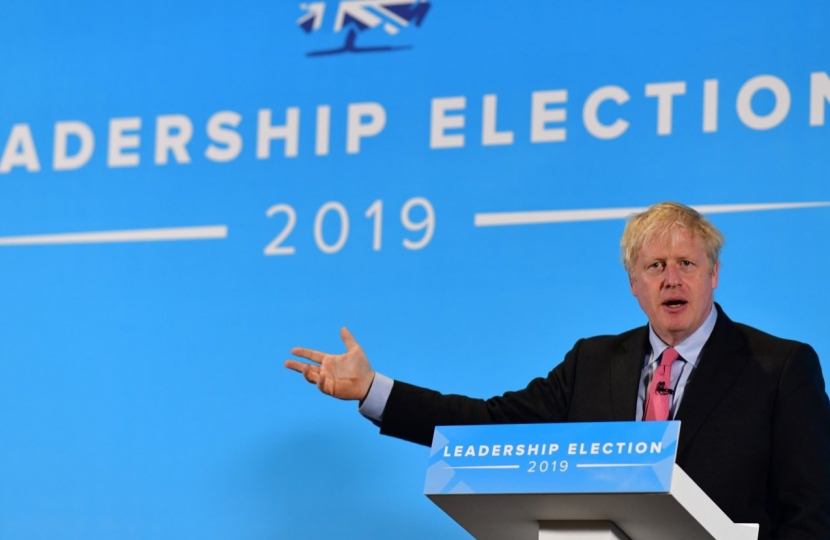 Chris Green MP has welcomed news that the Prime Minister has pledged to deliver for towns across the north, stating that he will fight to ensure Bolton shares in the promised economic boost.

The Conservative MP for Bolton West was joined by a number of colleagues, including Rossendale and Darwen MP Jake Berry MP and Mary Robinson, the MP for Cheadle, at Boris Johnson’s speech at the Museum of Science and Industry on Saturday.

In the speech, Mr Johnson promised £3.6 billion for a Towns Fund to support an initial 100 towns to get the improved transport and improved broadband connectivity that they need.

He also outlined a new high-speed rail route between Manchester and Leeds in his first speech outside Westminster as Prime Minister.

The new route is projected to cut journey times significantly, from over an hour on average to under 30 minutes and provide extra capacity across the region.

He claimed the announcement would "turbo charge" regional growth and prosperity and said one of his top domestic priorities is to level out opportunities and unlock the potential not just of London and the South East, but of every corner of the UK.

Welcoming the news, Chris, who has campaigned for better transport services to and from Bolton, said he was delighted the new Prime Minister is keen on ensuring towns and cities across the north share in his economic growth pledge.

He said: “Boris’s speech was very positive. He talked about giving more powers to council leaders and communities, which is good news for Bolton as our Conservative Council Leader David Greenhalgh, will be better placed to work directly with the government to ensure Bolton is not left out of any key announcements to benefit our towns and cities.

“I really do think that under Boris’s leadership our country will flourish. He brings the energy, vision and leadership to break the Brexit deadlock and is determined to get the UK back on the road to a brighter future.”