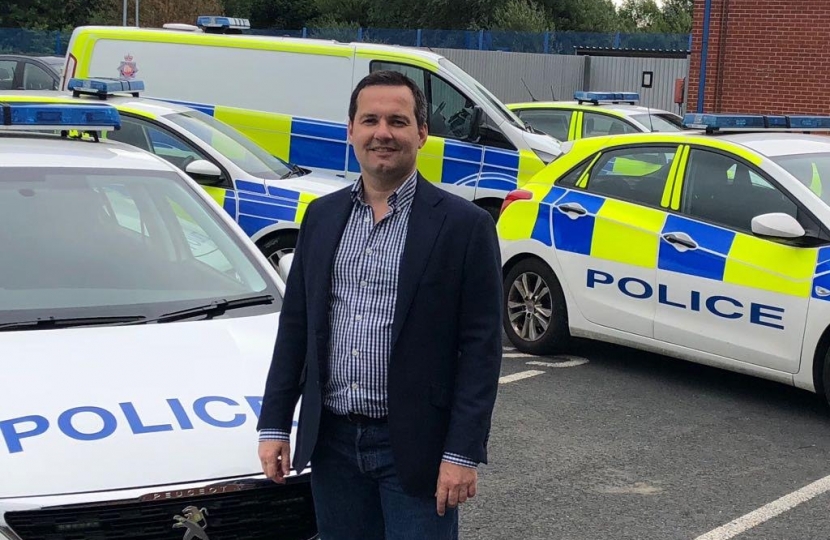 Greater Manchester Police (GMP) will recruit 347 new police officers within the first year of the government’s unprecedented drive to increase police numbers by 20,000, it has been announced by the Home Office today.

The news has been welcomed by local MP Chris Green, who has long-been campaigning for an increased police presence on our streets and has also recently held a series of public meetings dedicated to discussing constituents’ crime concerns.

Commenting on the announcement, Mr Green said: “On behalf of my constituents, I have been telling successive Prime Ministers that we need to be far tougher on crime.

“Boris Johnson and Priti Patel have got the message and Greater Manchester Police will recruit 347 officers next year. Together, we are going to make our streets safer.”

Home Secretary Priti Patel said: “The public are clear they want to see more police officers on their streets, whether they live in the city or the countryside.

“This is the people’s priority and it is exactly what the Government is delivering.

“Every single police force in England and Wales will be able to recruit additional officers this year to help keep all of our communities safer.”