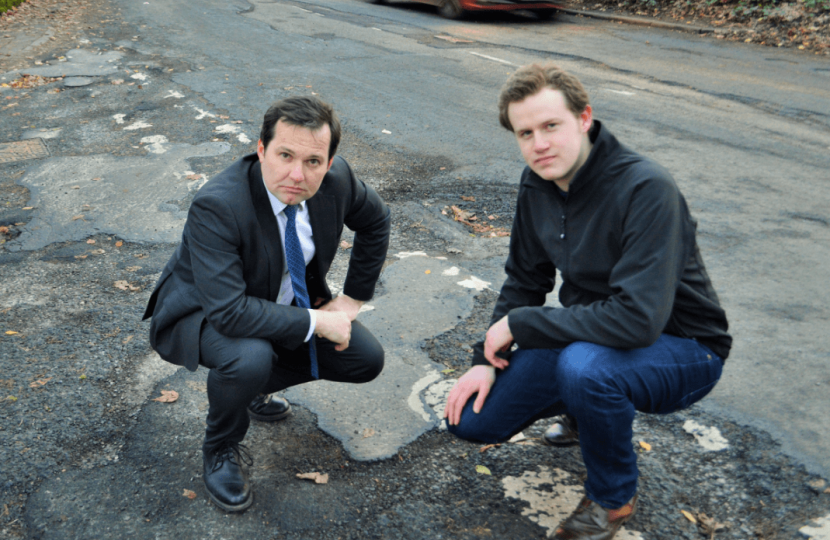 Chris Green MP has welcomed the news that Bolton has been allocated £1.35million, to spend on the maintenance of its highways.

The budget allocated the 10 boroughs of Greater Manchester £12.4million to maintain its highways, with Bolton receiving one of the highest sums of £1.35million.

This investment comes as part of the wider announcement in the budget, which sees the Conservatives allocating £420million across England, the biggest ever cash injection seen for the improvement of highways.

This builds on the £950million already allocated to councils for the maintenance of England’s highways.

Last year, Chorley New Road in the Bolton West and Atherton MP’s constituency was the second most complained about road in the borough, with Moss Bank Way not too far behind.

Mr Green said: “One of the biggest concerns that constituents raise with me is the poor condition of many of our local roads.

“Unfortunately, Bolton has been consistently led down by Labour, who failed to invest adequately and left England with increasing potholes in every quarter and a legacy of substandard roads during their last term in office.

“This is why I’m especially pleased to see that Bolton has received a significant boost in its funds for road repairs in the budget and I will fight to ensure that Bolton West gets its fair share of the funding.”