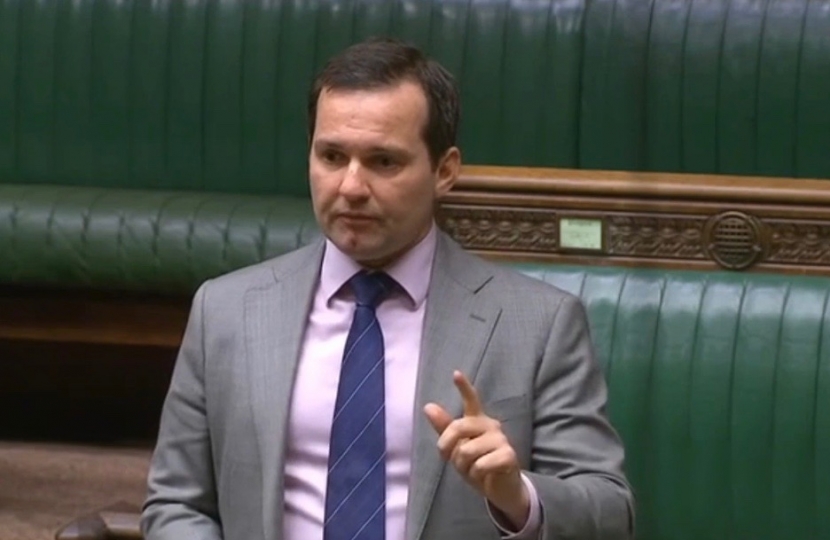 Chris Green MP has slammed the Greater Manchester Combined authority and its 10 borough councils in a House of Commons debate this week.

In the education debate, the Bolton MP voiced his concerns about the delays to the Greater Manchester Spatial Framework and how this will negatively impact upon local schools in years to come.

He also raised his frustrations that the Mayor of Greater Manchester and Bolton and Wigan Councils have failed to deliver a new draft of GMSF on time and expressed disappointment in their ability to create a strong vision for the future of his constituency Bolton West and Atherton.

Mr Green said: “The Greater Manchester Spatial Framework was supposed to outline plans for key local infrastructure, including schools, the 10 borough councils across Greater Manchester and the Mayor Andy Burnham have failed to deliver an acceptable plan, so much so it’s already been delayed four times.

“In the meantime, there is undirected urban sprawl across my constituency, with houses being built away from public transport routes. This will not only mean that schools are put under increasing pressure to create more school places as the population rises but will also result in more cars on our already congested roads, with children needing to be driven in to school rather than having schools a suitable distance away for them to walk.”

“This not acceptable and shows a clear indication that Bolton and Wigan councils have no vision for the future of education provisions in my constituency and the impact their allowance of undirected housebuilding will have.

“This is why I will continue to call upon both councils to come up with a plan for our town whist we continue to wait for GMSF to be delivered.”

Video footage of the debate can be viewed here.