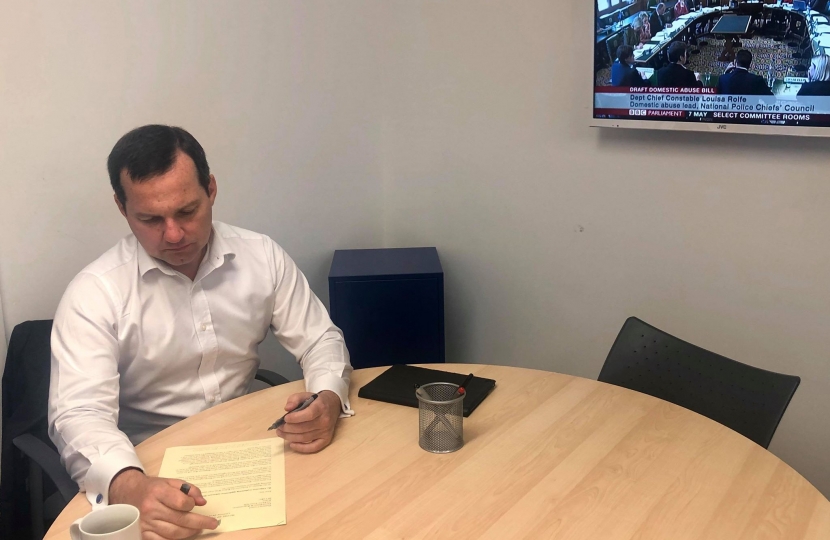 See below Chris Green MP's objection letter to the controversial Collingwood Way development. If you would like to submit your own comments, visit www.bolton.gov.uk/planning, quoting reference 05937/19. Submissions must be made by 26th May 2019.

Re: Objection to planning application reference: 05937/19 | Erection of 40no residential dwellings at the land off Collingwood Way, Westhoughton.

As the Member of Parliament for Bolton West, I am writing to you to object to the planning application reference 05937/19.

For many years, Westhoughton has been subjected to excessive amounts of housebuilding and as a result the local population has significantly increased. Despite this, no improvements have been made to the local infrastructure, which now struggles to cope with the current population.

My constituents regularly contact me to tell me of Westhoughton’s excessive levels of traffic and long waiting times for GP appointments. However, there have been no upgrades to local roads and Westhoughton has not seen a new doctor’s surgery in over 20 years.

In addition to this, the proposed development off Collingwood Way will see more of the green space on the outskirts of the town being lost. If the people affected by this development wanted to live in the middle of the town, they could have done so but instead, they chose to live where the countryside is on their doorstep.

Finally, as you will be aware, Bowlands Hey phase one, accessed through Collingwood Way and Bligh Road, has already brought a significant amount of disruption to local residents. I have met with residents on a number of occasions who have expressed their concerns about the speeding of works vehicles, increased heavy traffic, damage to their roads and noise pollution. Problems that have been raised with the developers in the past have been either been ignored or met with a minimal response and we can only expect a callous disregard for local residents concerns in the future.

Now that works on the controversial Bowlands Hey development has nearly come to an end, I believe that subjecting residents to even further disruption, without evidence that their complaints will be acted upon, is wholly wrong.

I therefore urge you refuse the planning application for a further 40 houses on the land off Collingwood Way.