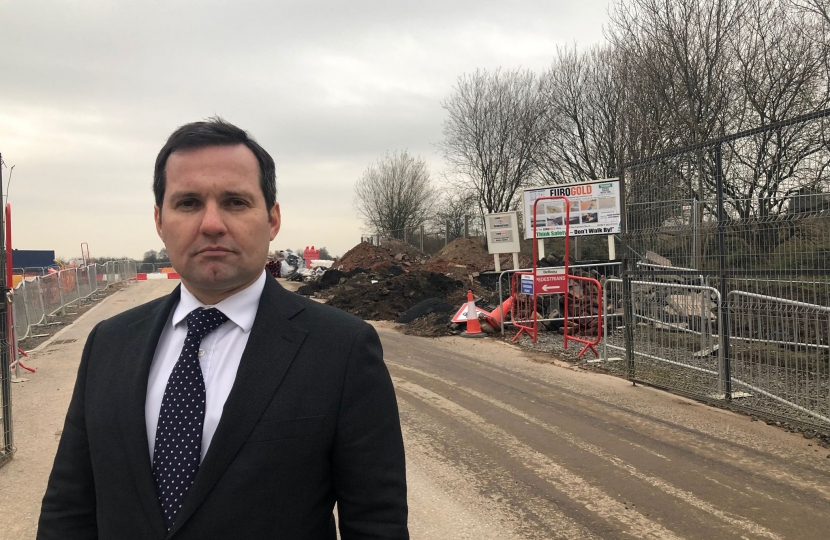 Plans for 174 houses on green space in Westhoughton, known as Bowlands Hey phase two, have been brought back by Bellway and local MP Chris Green continues his fight against the controversial development.

Despite the plans being refused by a government planning inspector earlier this year, Bellway have resubmitted them, making very few changes to the overall application or the amount of green space destroyed by the development.

The MP has submitted his objection to the application and has also written to all residents surrounding the proposed development urging them to do the same.

Speaking about the application, Mr Green said: “Local people regularly raise their concerns on the doorstep, during my public meetings and via email and social media about increasing levels of traffic, long waiting times for a doctor’s appointment and a lack of school places.

“Despite repeatedly raising these with the Council, the previous Labour leadership neglected our town and it has not seen any of the infrastructure improvements needed to support its current population, let alone the growing population as a result of increased housebuilding.

“I believe that for these reasons, not to mention the destruction of irreplaceable local green space and disruption for local residents, this development is wholly unsuitable for Westhoughton.

“In addition, the resubmission of this application by Bellway, shows a complete disrespect not only for the wishes of Westhoughton residents but also for local democracy and I will be raising my concerns about this growing trend with the Housing Minister.”