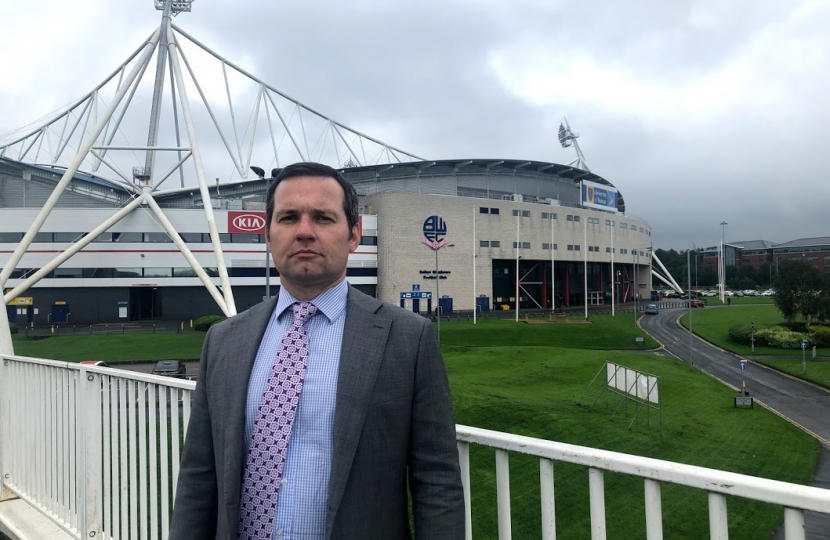 In his letter to Damian Collins MP, Chairman of the Digital, Culture, Media and Sport Committee, Mr Green has urged him to launch an inquiry into the English Football League’s management of the situation at BWFC, Bury FC and the situation in other clubs.

The Bolton MP has also again written to the Minister for Sport, Nigel Adams MP, urging him to put pressure on the EFL to save BWFC and to take action if they do not protect the club through this ongoing situation.

“To have Bury FC ejected from the EFL is serious, but to have two clubs ejected if a deal does not go through for the Wanderers is unprecedented and shows that the football league has failed in its duty to protect football clubs from appalling situations like these.

“This cannot be allowed to continue, which is why I am calling for an urgent inquiry into the EFL and their management of the situation at Bolton Wanderers.”