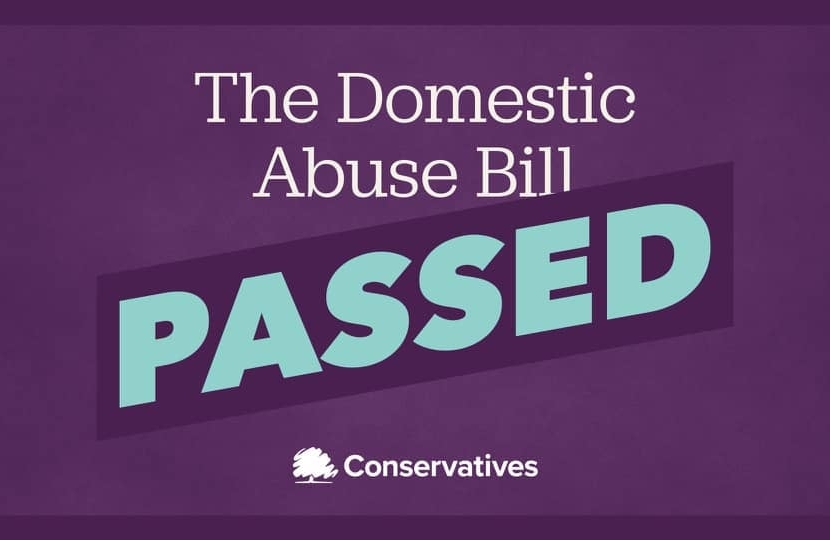 It has been an important and busy week in Parliament, but I was most proud to join MPs in passing the Domestic Abuse Bill.
This important bill will protect the lives of millions of domestic abuse victims.
We have emphasised that domestic abuse isn’t just physical by adding coercive and controlling behaviour to a new statutory definition, we’ve given greater protection to children by recognising that they are victims in their own right under law, and we’ve placed a duty on local authorities to provide shelter for victims. We’ve also put an end to the ‘rough sex defence’ so that men involved in horrific crimes can no longer hide behind this so-called defence.