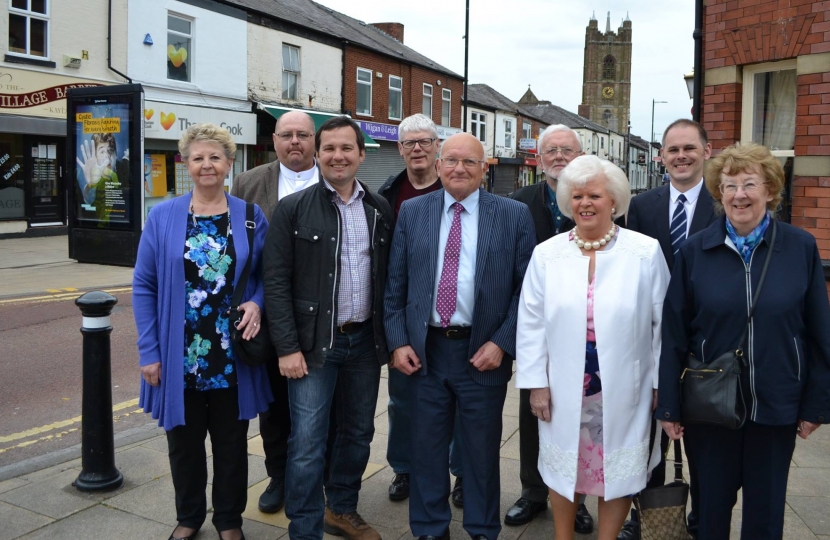 Chris Green, who is seeking re-election as Atherton’s MP, has launched a campaign pledging to help revive Atherton town centre.

The Conservative Bolton West and Atherton candidate was joined by local residents, as well as Leigh Conservative Parliamentary Candidate James Grundy, to launch a campaign urging Wigan Council to invest in the town centre.

Chris said: “Time and time again, Atherton has seen resources shut down or taken away and moved to Wigan.

“Atherton has a lovely town centre with great businesses, but it needs to see more investment – including a full re-think about parking and the one-way system.  I’m launching this campaign calling on Wigan Council to remember Atherton and invest locally.”

“We have developed cross-party proposals alongside the Independents to restore our town centres to how they should be, and how they were in the past.”

Val Houghton, Chair of Atherton Business Partnership, said: “Businesses in Atherton town centre want to see Market Street opened up again.  Wigan Council promised they would change it back if it didn’t work and it’s clear that they are not going to.

“Some businesses have lost 50 percent of trade and are shutting up – we need change, which is why I’m backing this campaign.”