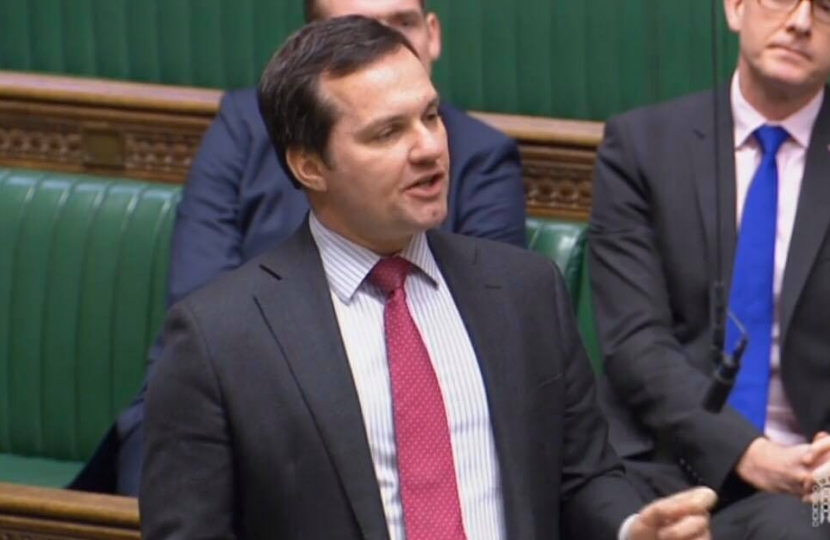 Chris Green MP reluctantly voted for the Prime Minister’s Withdrawal Agreement today, in order to ensure that the UK would be able to depart from the European Union.

Speaking on his decision to vote for the Withdrawal Agreement, Mr Green agonised that if he did not vote for the Prime Minister’s deal, Brexit will not take place.

Following the vote, Mr Green said: “It was with an incredibly heavy heart that I voted in favour of the Prime Minister’s Withdrawal Agreement today.

“Remainer backbench MPs, led by Dominic Grieve and Anna Soubry and supported by the Labour Party, have taken control of the order paper. This week, they nearly imposed a customs union on the withdrawal agreement as well as a second referendum and next week they are highly likely to be successful in putting these obstacles in front of delivering the Brexit my constituents voted for. This will not only be a complete betrayal of the decisive leave vote of 2016, but also a betrayal of their 2017 manifesto promises to respect the referendum result.

“Although I still believe that a no-deal Brexit is our best option, I know that the Prime Minister and the remain majority in Parliament would rather delay Brexit indefinitely than allow this to occur.

“If the Withdrawal Agreement had passed today, a leadership change was guaranteed, and I would have done my upmost to ensure that our next leader believed in Brexit, championed the benefits of our departure from the EU and moved forward to deliver the Brexit that my constituents voted for.

“This vote was vital, but it is also a part of an ongoing process within Parliament that has not yet reached an end. I had come to the conclusion that if I had not voted for this deal, I would have risked a long extension to the Brexit process, if not prevented it from happening entirely.

“Unfortunately, the Withdrawal Agreement was defeated today but I hope that my constituents will understand why I very reluctantly voted for the Prime Minister’s deal. Looking ahead, I will continue my fight to deliver the UK’s exit from the EU that my constituency and the country voted for.”