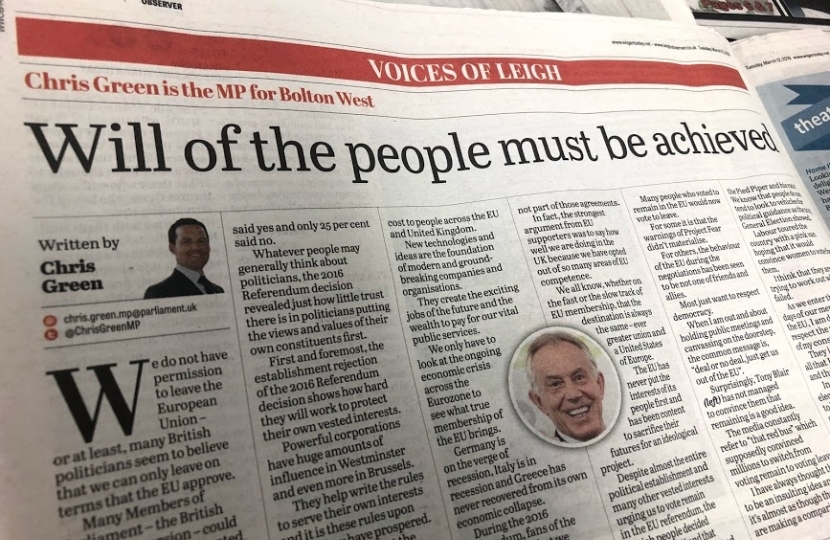 We do not have permission to leave the European Union. Or at least, many British politicians seem to believe that we can only leave on terms that the EU approve. Many Members of Parliament – the British not the EU version – could not believe that we wanted independence from the failing EU superstate and have tried ever since to thwart our democratic decision.

In a recent opinion poll, when asked if they believed that British MPs put the interests of the EU ahead of the UK, 39 percent said yes and only 25 percent said no. Whatever people may generally think about politicians, the 2016 Referendum decision revealed just how little trust there is in  politicians putting the views and values of their own constituents first.

First and foremost, the establishment rejection of the 2016 Referendum decision shows how hard they will work to protect their own vested interests. Powerful corporations have huge amounts of influence in Westminster and even more in Brussels. They help write the rules to serve their own interests and it is these rules upon which they have prospered. They do not want the rules to be changed because they fear new ideas and new challengers.

By stopping innovation, vested interests and the establishment protect their own position but at a huge cost to people across the EU and United Kingdom. New technologies and ideas are the foundation of modern and ground-breaking companies and organisations. They create the exciting jobs of the future and the wealth to pay for our vital public services.

We only have to look at the ongoing economic crisis across the Eurozone to see what true membership of the EU brings. Germany is on the verge of recession, Italy is in recession and Greece has never recovered from its own economic collapse.

During the 2016 Referendum, fans of the EU used to say that we should not worry about the Eurozone or the free movement of people that Schengen brings as we are not part of those agreements. In fact, the strongest argument from EU supporters was to say how well we are doing in the UK because we have opted out of so many areas of EU competence. We all know, whether on the fast or the slow track of EU membership, that the destination is always the same - ever greater union and a United States of Europe.

The EU has never put the interests of its people first and has been content to sacrifice their futures for an ideological project. Despite almost the entire political establishment and many other vested interests urging us to vote remain in the EU referendum, the British people decided to leave the EU and that decision must be respected.

Many people who voted to remain in the EU would now vote to leave. For some it is that the warnings of Project Fear didn’t materialise. For others, the behaviour of the EU during the negotiations has been seen to be not one of friends and allies. Most just want to respect democracy.

When I am out and about holding public meetings and canvassing on the doorstep, the common message is, “deal or no deal, just get us out of the EU”. Surprisingly, Tony Blair has not managed to convince them that remaining is a good idea.

The media constantly refer to “that red bus” which supposedly convinced millions to switch from voting remain to voting leave. I have always thought that to be an insulting idea and it’s almost as though they are making a comparison to the Pied Piper and his rats!

We know that people do not tend to look to vehicles for political guidance as the 2015 General Election showed. Labour toured the country with a pink van hoping that it would convince women to vote for them. I think that they are still trying to work out why it failed.

As we enter the closing days of our membership of the EU, I am determined to respect the views and values of my constituents. They instructed me to do all that I can to leave the EU and that is what I shall do. In fact, the British electorate instructed all MPs to lead us out but I fear that some of them prefer to listen to the vested interests, the big corporations and the Brussels elite. If some of your elected representatives fail to respect you then why should you vote for them?