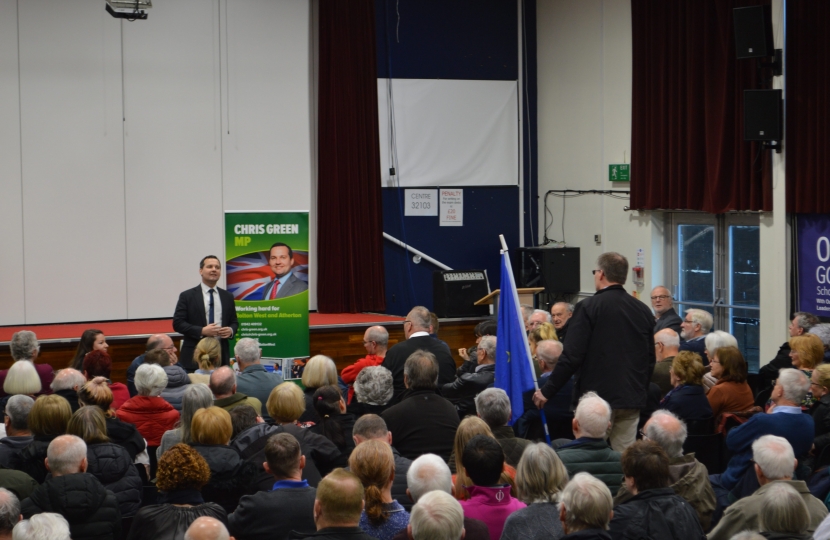 Today’s European Union elections are a political farce. David Cameron resigned as Prime Minister because he could not deliver Brexit and Theresa May took up the position knowing that she must deliver Brexit. However, the Prime Minister’s failure to take us out of the EU and the opposition parties attempts to stop Brexit from happening have left us in the position we are currently in.

In 2016, the British people gave an instruction to all Members of Parliament to leave the EU and MPs from across all parties voted to trigger Article 50. The country sent a clear message to Parliament that they wanted our country to take back control of its money, borders, laws and trade.

Following years of negotiations, the Prime Minister presented her Withdrawal Agreement to Parliament and I believe that it does not deliver what many of my constituents and the country voted for. MPs have now voted on this agreement three times and on each occasion, it has been defeated.  Despite her deal clearly being unpopular, she now intends to bring it back for a fourth attempt in two weeks’ time.

The Prime Minister must accept that this deal is not going to pass and that we cannot restart the negotiation process three years after the referendum.

There is every chance that with a new leader of the Conservative Party, a new Prime Minister, the newly elected MEPs would not need to take their seat because there is still an opportunity, like that we had on the 29th March, that on the 31st October that we can be decisively taken out of the EU.

In the meantime, I believe that all MPs who voted to trigger Article 50 and stood on the manifesto promise to respect the referendum result should now focus on delivering Brexit. Unfortunately, this is not the case, with Jeremy Corbyn’s Labour Party backing a second referendum.

All three North West Labour MEPs, for instance, openly support a second referendum, a so-called people’s vote. Yet, the people of the North West already had their say in 2016 and locally we overwhelmingly voted to leave and there was also a decisive result nationally. It’s no surprise that the Labour MEPs want people to change their mind because they’ll get to keep their cushy jobs away in Brussels with limited accountability to UK voters.

Having spoken with constituents during public meetings, on the doorstep, or via email and social media, it appears that many of them will be using today’s absurd elections as another referendum on the EU. Some people will vote for Change UK because they want to remain, others will vote for The Brexit Party because they want to leave. Perhaps, in this election, we will see more spoilt ballots than ever before. As for my vote, I will be voting for a party that will deliver Brexit.