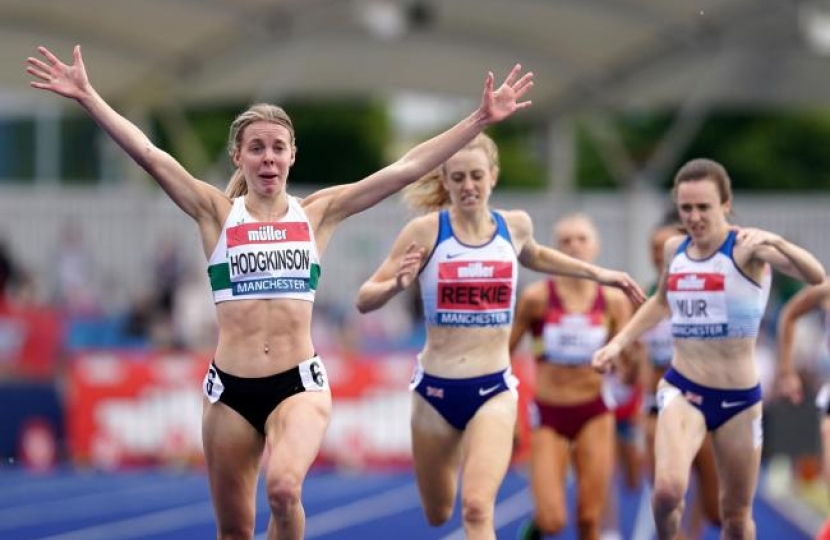 England beating Germany in Euro 2020 and getting us into the quarter finals was a fantastic result after a huge team effort.  To avoid penalties was a relief, but to score twice was phenomenal, especially as it doubled our goal haul for the competition.

We face Ukraine in the next round which is the second time that our two countries have been newsworthy together in recent weeks.  HMS Defender passed through Ukrainian territorial waters off the Crimean coast but was harassed and buzzed by Russian jet fighters.

There were reports of shots having been fired at HMS Defender and fears over rising tensions following Russia’s ongoing occupation.

Whilst football often carries each nation’s national pride, hopefully there will be a far healthier tension when we face the Ukrainian team in the next round, and we get to the next level of Euro 2020.

Speaking of a great team effort to get to the next level, I am delighted to read in the Leigh Journal that Atherton’s Keely Hodgkinson has won a place at the Tokyo Olympics later this year.

Whilst running may appear to be a most individualistic of pursuits, Keely will have a great team supporting her to get her over the finishing line, especially from her running club, the Leigh Harriers.

I have just started my training to run the London Marathon in October this year and, having done very little exercise over the course of the lockdown, it is a struggle to get back into a good training routine.  It is great to have some local inspiration to get fit and compete as well as running for Urban Outreach which is such a great charity.

Teamwork comes in many forms and politicians are notoriously bad at it or, at least, that is our reputation.  In some ways, it is like being an athlete who depends on the work of a skilled and specialist team, but people rarely get to see their contribution other than through the work of the individual Member of Parliament.

Select Committees and All-Party Parliamentary Groups are often the vehicles for backbenchers to work together to influence the Government and deliver positive change.  The Government wants to encourage a more collaborative approach between councils and MPs which is why they developed the Levelling Up Fund to get investment to where it is most needed.

When I talk to local residents, they come up with numerous examples of where we need more local investment but it is a pity that the Labour leadership on Wigan Council did not think of us as part of their team.