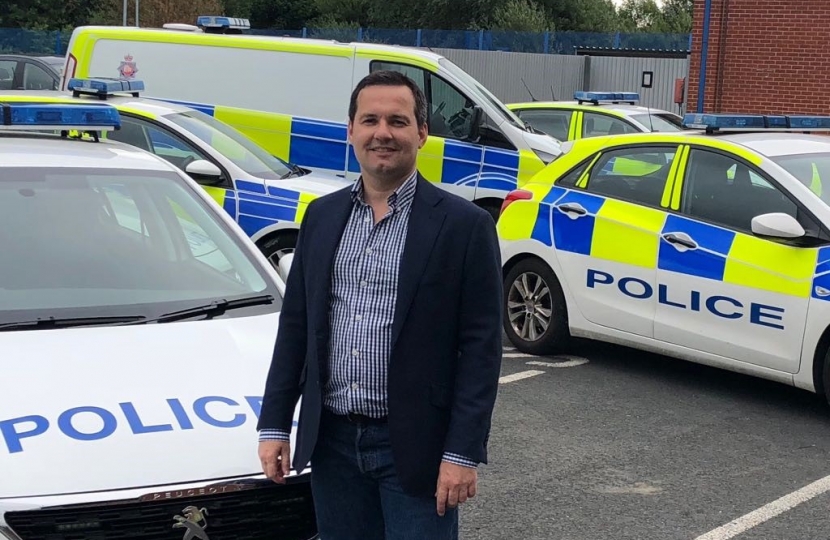 Law and order is always the most important concern for my constituents.  Fear of going about your normal daily business, concerns over friends and family, and whether the systems is sufficiently well resourced or tough enough, dominate those concerns.

Leadership is a key part of good policing but who do we hold to account?  Is it the Home Secretary or Prime Minister of the day, the Police and Crime Commissioner, the Chief of Police, or frontline bobbies on the beat?

Each have differing responsibilities, and each have to be held to account for their individual and collective failures, just as they should be given credit when they achieve success.

Arguably, over many years, there has been too little cause to thank the senior figures and often frustration is then directed at those on the frontline.  Greater Manchester Police has been failing for a long time and many of the serving police officers know it.  It has led to poor morale and many experienced and expensively trained policemen and policewomen leaving the force to join another constabulary or to leave policing all together.

The tide has turned and we now have a new leader of Greater Manchester Police and he is setting out a bold agenda for change.  He is intending to restore morale in the police force, fix the failing systems in the force and ultimately deliver a safer society.

The words are easy but delivery is going to be difficult.  The new Chief of Police, Stephen Watson, has started by ending the culture of low expectations that was embedded by his predecessor, which led to the force being placed in special measures and the former Chief being forced to retire early.

An example of failure that was reported to me by frontline police officers was the iOPS computer system that they relied upon for vital information.  Due to the system not working, the police could not know how dangerous the situation was that they were going to investigate.  It also meant that they did not have the right information to support victims appropriately including cases of child abuse.

I took this up with the Home Secretary and Prime Minister when the local policing leaders refused to do their jobs and I was relieved when Her Majesties Inspectorate of Constabulary started their investigation.  Their report revealed a catalogue of failure, including well over 80,000 unrecorded crimes.

The new Chief will end the culture of not investigating crimes and has described the mess left by his predecessor as giving criminals a “free ride”.  It would have been useful if the Police and Crime Commissioner had led on this but I am not sure that anyone really thinks that the system works.

I have often complained that my constituents do not have enough policing support because the force focuses on other areas too much and this has now been confirmed.  Officers have been focused on Salford and Central Manchester at the cost of Wigan.

Other police officers spend their days doing civilian paperwork rather using their specialist skills to help victims of crime and deter criminals from committing the crime in the first place.

The new Chief will reopen the Bolton custody cells because he not only wants to make more arrests, but he thinks that the police should not be touring all over Greater Manchester to find criminals a cell for the night.  These tours take the police away from fighting crime and is just another example of a common sense change that my constituents will support.

As a local Member of Parliament, I know that Chief of Police Stephen Watson needs to deliver on his words, but he has started by saying the right things when speaking of criminals: “My clearest message is for many of you, you’ve had a bit of a free ride. And those days are coming to a close, very rapidly. My officers are going to be arresting you.”