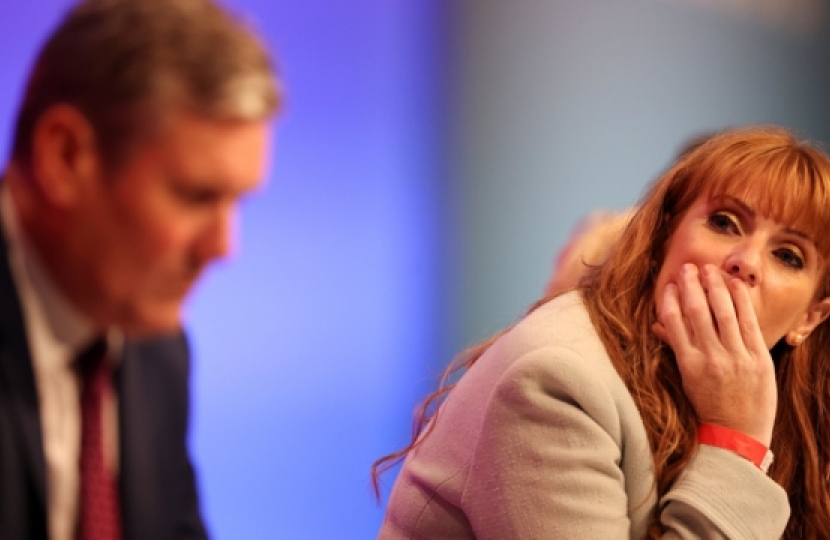 “Tory scum” is, so far, the most powerful message emanating from the Labour Party conference this week.  I am not sure that it is the most uplifting message to be sending out, but it is the choice of the Labour deputy leader.  Politicians are often concerned about their public image, so these sorts of comments are rare and are normally followed by a swift apology.

Angela Rayner MP, Labour’s Deputy Leader, has chosen to confirm that this is what she genuinely thinks and explained that it is part of the normal discourse between working class northerners.  This explanation makes it worse.

Vulgar language is increasingly common on the television and fruity, extreme, or ribald language will be often heard when in the pub or out and about.  There is a place for it and to have a sense of humour, but we hardly expect politicians to make it a central part of the political agenda.

Personally, I want open debate and dialogue so we can understand the values and motivations of politicians and their parties and judge accordingly.  It also lets us understand what they think about us.

Does Labour really believe that this is the standard of political discourse that we should have publicly?  Would the Labour greats of history have spoken like this – figures such as Clement Attlee or Tony Benn?  Is this what they think about Conservative MPs but also Conservative voters who elect them in?  It is hard to believe that some in the highest reaches of the Labour Party do not think it equally applies to ordinary voters who, in 2019, voted Conservative for the first time.

If this is not a great way to win back the voters and constituencies then, do they have a Plan B?

Labour have chosen to carry on the debate, which really got going during their 2019 leadership contest, on the characteristics of a woman.  Labour MP, Rosie Duffield, has been intimidated out of attending the Labour conference because she says that “I do not accept self-ID as a passport for male-bodied biological men to enter protected spaces for biological women.  That includes domestic violence refuges, women’s prisons, single-sex wards and school toilets”.

Sir Keir Starmer does not agree with his fellow Labour MP, but I do.  He has made this a central issue of their conference, but most people will find it extraordinary.  It seems, so many ways that the normal way understanding the world is being turned on its head and that the agenda is being championed by Labour ahead of any other issue.

Bizarre, somewhat crazy, and completely out of touch is not just reserved for Labour leaders but it can also be applied to certain left-wing activist protestors.  The best current example is the Insulate Britain agitators who are occupying motorways around the country.  They are risking the lives of motorists as they charge out into the traffic to stop people going about their normal business.

The disruption to normal motorists, people on coach trips and lorries travelling to stock the shelves of shops has been immense.  The activists could engage in debate and try to win people over with their clever ideas, but they know that normal people will not agree with them, so they aggressively seek to impose their views regardless of their unpopularity or the danger they present.

A woman was left paralysed because her son was blocked on the motorway for six hours when he was trying to get her to hospital.  This awful disregard for human life is only compounded by the way certain police forces go out of their way to ensure that the motorway blockers are comfortable rather than removing and arresting them immediately.

When thinking about what else is going on, I know that I will always be brought back to reality by my constituents.  One of the biggest issues is the reduction of twenty pound per week of Universal Credit.  I oppose this change when so many are facing hardship, increasing domestic energy bills and inflation is set to make the cost of living so much tougher.