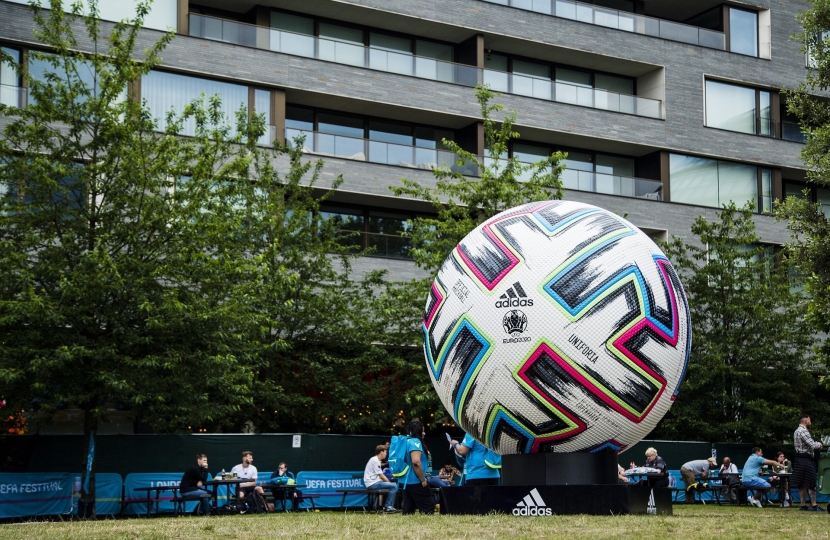 Football is coming home.  Well, the final and semi-finals are being played in the home of English football, so we have that for certain.  Perhaps, if Harry Kane and the team keep on this form with the phenomenal victory over the Ukraine, then we will go all the way and win Euro 2020.

I am not the biggest football fan, but I enjoyed watching the match in the pub and there was an amazing atmosphere, so fingers crossed for a victory over the Danes and a nerve wracking final.

One of the privileges of being a Member of Parliament is that, since the 650 of us represent the whole of the United Kingdom, we are guaranteed a place in the London Marathon.  This year, it is going to be in October, which will hopefully mean that it is going to be cooler and easier going than usual. I have just started my marathon training programme and I do not feel the privilege of the increasingly long runs.

Speaking of things that feel longer than they are, it seems that we have been under some form of lockdown for a lifetime.  It was such a disappointment that the Government, with full support of the opposition, extended many of the lockdown provisions in June but the narrative has now changed.

Previously, I had the sense that the Government’s position was to default to lockdown but, with Sajid Javid as the new Health Secretary, there seems to be more urgency to open-up society and return to normal.

The typical thing to talk about is the opening up of pubs but, for me, this is just a token representation of all the other parts of society that are still being supressed.  I think about the hundreds of thousands of children who continue to have their education disrupted, the hospital waiting list of twelve million people and the loss of the basic freedom to live our lives as we see best.

There is a huge amount of fear that has been generated over the course of the Covid-19 pandemic and its lockdown.  I am sad to say that much of it has been over the top and has created consequences that should and probably were foreseen but were considered acceptable costs.

I remember when, the actress, Caprice was arguing on television about mask wearing and telling everyone that we should do it to cut transmission.  She was being told off and chastised by a medical doctor who said that there was no evidence to support mask wearing and therefore people should not do it.

There is still minimal evidence that wearing a mask makes any difference to the spread of this disease but people are now frightened not to wear one and are getting worried that, as we return to normal, they will no longer be compulsory for everyone else.  Some people may be too worried to use public transport because of the fear stoked by people who should know better.

The relaxation of the rules should mean that people will not have to sign in to go for a pint or use a QR code, venues will not have a capacity limit, there will be no mask mandate and social distancing will return to normal.

A concern that I have is that the “living with Covid” narrative is easy over the course of the Summer when transmission is suppressed but it is slightly more difficult in the Autumn.

As schools and Universities start and people return to work after their holidays, the spread of bugs and the flu always goes up.  Since the Coronavirus Act will still be on the statute book, we may see its powers introduced again.

The 19th July will be a big step but it must be irreversible.